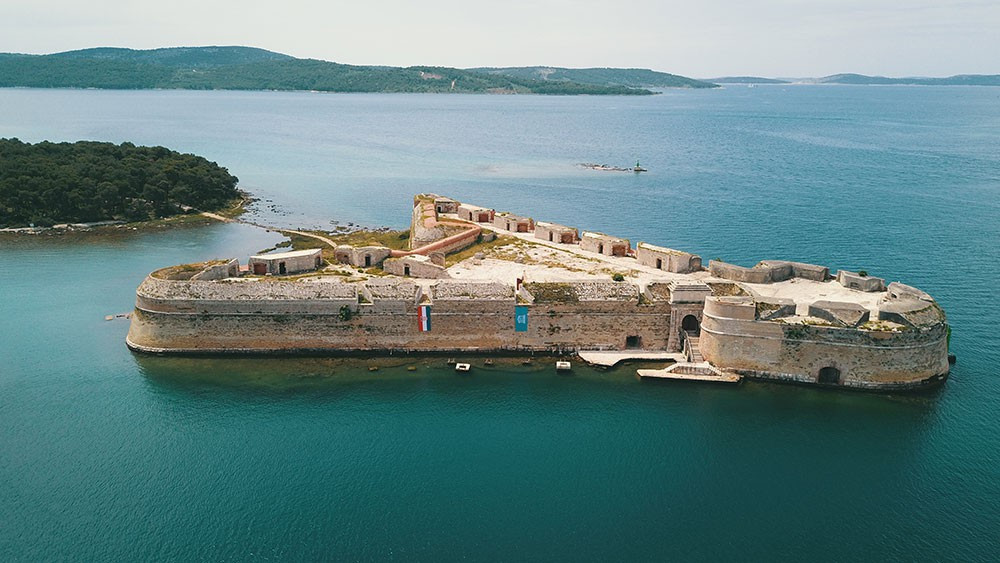 St Nicholas’ Fortress, located at the entrance to the St Anthony’s Channel, as a unique construction of the Venetian Renaissance fortification architecture, represents a monument of world heritage in the Mediterranean. The fortress is the only Venetian military fortification completely surrounded by the sea. It was built in the 16th century on the islet of Ljuljevac at the site of the former Benedictine Monastery of St Nicholas, from which it took its name.

Why was St Nicholas' Fortress built?

St Nicholas' Fortress was built in the mid-16th century to protect the city of Šibenik and its port, including the Krka delta and the city of Skradin against sea-based attacks.

The fortress is part of a line comprising six Venetian defence fortifications, which extends as far as 1000 kilometres, from the Italian region of Lombardy, along the Adriatic coast of Croatia, all the way to Montenegro. The fortifications throughout the Stato da Terra protected the Venetian Republic and its landlocked hinterland, while those of the Stato da Mar protected the sea routes and ports in the Adriatic Sea to the Levant.

After the fall of Skradin under the Ottoman rule in 1522, the Venetians were forced to strengthen the defence of Šibenik port, which was the most important port on the east coast of the Adriatic, according to their analyses. The construction of a new fortress, based on Gian Girolamo San Micheli’s design (Verona, 1513 – Famagusta, 1558), commenced in 1540, and in 1544 it was sent the first crew members, which emphasizes enough its importance for the Venetian Republic.

St Nicholas’ Fortress, impressive and intimidating at the same time, has defended Šibenik throughout the centuries; the city has never witnessed a sea-based attack and no significant naval battles have been recorded in this area. The fortress was abandoned when the Austro-Hungarian army left at the beginning of the 20th century. Only the crew manning the signal station remained there in order to control the passage of the ships through the narrow St Anthony’s Channel.